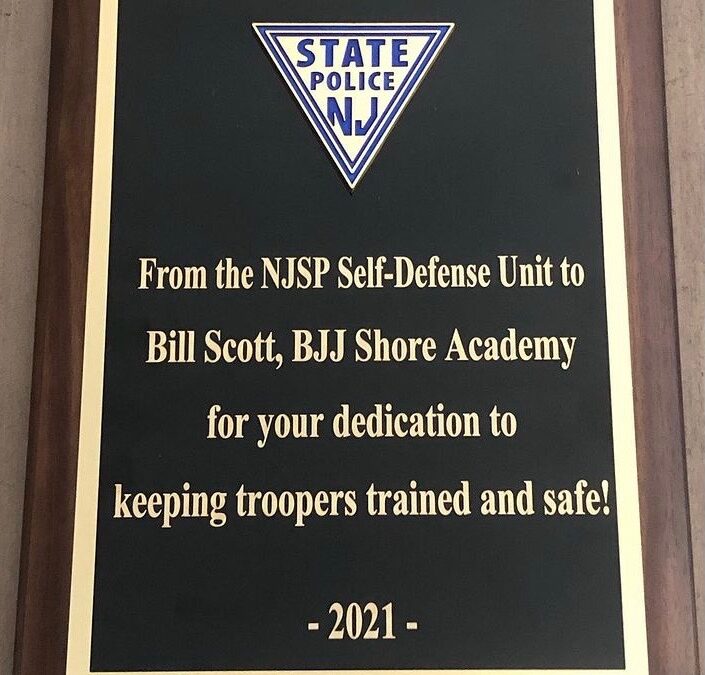 IBJJF Certified Brazilian Jiu-Jitsu 4th Degree Black Belt Bill Scott, with his instructors makes sure the New Jersey law enforcement officers are up to date and at pace with Mixed Martial Arts’ continued growth in the USA.

Since our latest threat is the emergence of the mixed martial arts fighter, law enforcement personnel must be able to address this new challenge as this sport is growing in popularity. More people participating in this art means that the chance the officer has to confront someone with this knowledge is increasing as well. Today, assaults against law enforcement officers and excessive force allegations are at an all-time high!

Bill Scott and NJSP Dan Strassheim have been instructing Jiu-Jitsu self defense for the New Jersey State Police T.E.A.M.S Unit , Federal and Local Law Enforcement agencies as well as C.E.R.T teams in Monmouth and Ocean counties for the past 17 years. 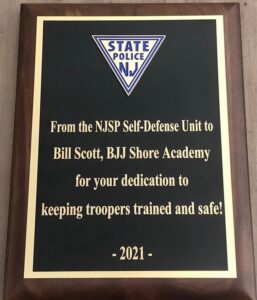 A POLICE OFFICER WITHOUT TRAINING IS AN ACCIDENT WAITING TO HAPPEN

View this video, it is a perfect example of what happens when police officers become over reliant on their tools, and are not equipped with sufficient HANDS-ON TRAINING.

Check out the Gracie Jiu-Jitsu breakdown of this video

OFFICER FIGHTS FOR HIS LIFE

Another unfortunate incident of an officer without proper training! 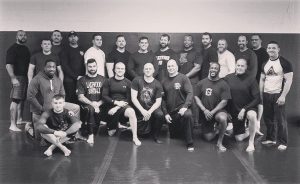 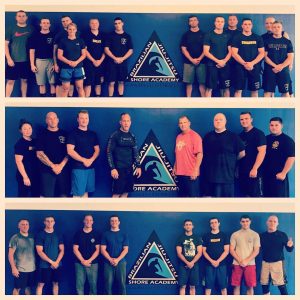 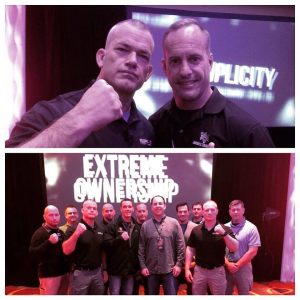 Four more of our Bill Scott BJJ students who are full-time Law Enforcement professionals completed the 5 day Gracie Survival Tactics (GST) Level 1 Instructor Course held in Atlantic City, NJ held on April 24 -28th, 2017.
Electing to further their knowledge, this course enable them to hone their skills in law enforcement self defense tactics which they hope to impart on their LE brothers n sisters!
GREAT JOB John Cain, Ryan Vaccaro, Greg Martone and Steve DeAngelis all pictured here with GST instructors Rener Gracie and Brian Ortega who led the course. The guys had a great week of training with some agencies from around the world as well.

We couldn’t be more proud of their commitment to continue to learn Jiu-Jitsu self defense, train daily and educate others in the Law Enforcement community. 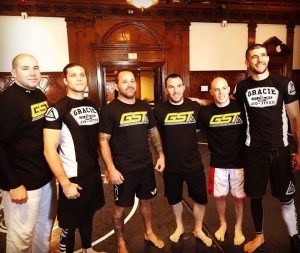 BJJ Shore Academy Black Belts, Dan Strassheim and Rich Ashkar of NJSP, elected to further their skills as instructors and attend the Gracie Survival Tactics (GST) Level 1 instructor Course in Louisville, KY.
The course enable them to hone their skills in law enforcement defensive tactics which they hope to impart on their law enforcement brothers and sisters. 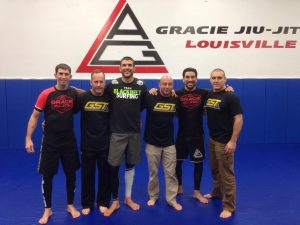 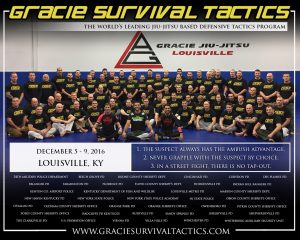 A MUST WATCH MOTIVATIONAL VIDEO!

We wish to THANK all who attended and to our great instructors for leading this very informative and hands-on productive seminar! 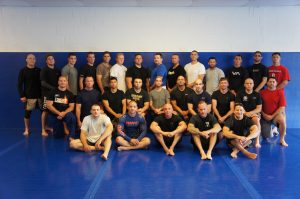 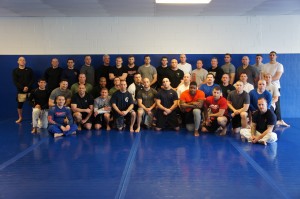 Bill Scott BJJ held another free two hour productive hands-on seminar for some Federal, State and Local Law Enforcement /Military.
These professionals from throughtout the state came out on their Sunday to train and learn some of the latest self defense tactics!
We wish to thank all who attended and to our great instructors for leading this seminar. 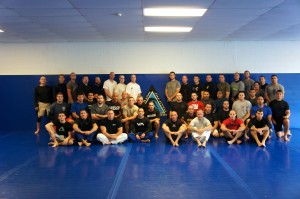 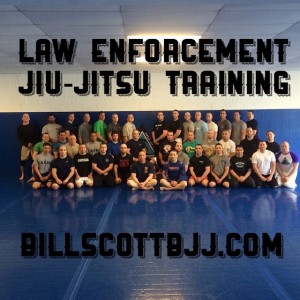 Become HANDS-ON secure with your training! 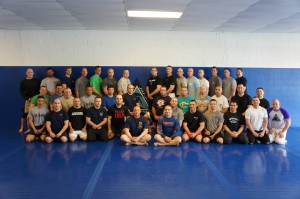 We wish to thank ALL who attended and to our instructors and students who assisted the drills on the mats as well. The seminar is a success due to your commitment and dedication in the training.

Bill Scott BJJ would also respectfully like to thank LTC Chris Schulz of the New Jersey State Police for stopping by during the seminar. 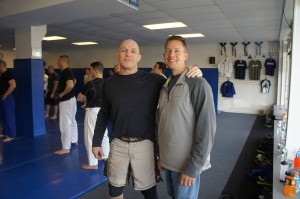 Click on our web News Page for more info and pics!

Thank you to all who donated and came out to support, learn valuable self defense skills for a Great Cause!

“The Harper Tretola Fundraiser” -Help Tap Out Hydrops Fetalis!!
LE  Professionals came together to support the Tretola Family and Learn the Latest Self-Defense Concepts in Law Enforcement on Sunday June 29th, 2014.
Ship Bottom Police Officer Brian Tretola and his wife Rachel recently welcomed their brand new daughter Harper into the world. Harper unfortunately was diagnosed with Hydrops Fetalis; a very serious medical condition. Since then Harper has been fighting hard, but the toll that this condition has taken on this family has been severe. 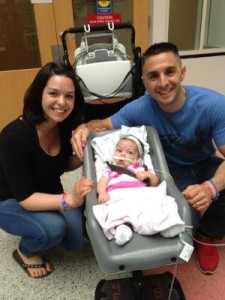 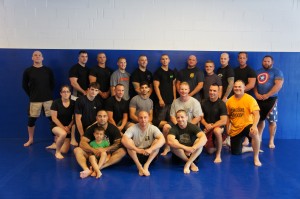 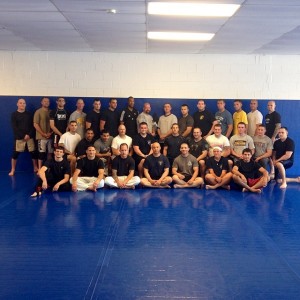 “Special Weapons and Tactical Operations Squad” of the NJSP 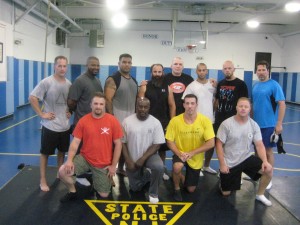 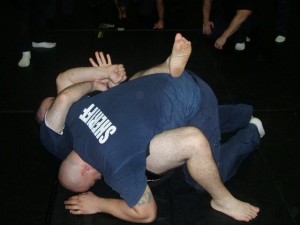 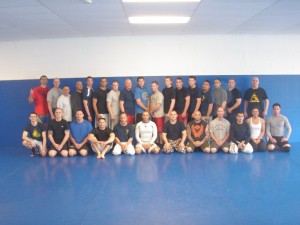 “]
A POLICE OFFICER WITHOUT TRAINING IS AN ACCIDENT WAITING TO HAPPEN

***List of the law enforcement students who received training at Brazilian Jiu-Jitsu Shore Academy in Point Pleasant New Jersey. Many of them actively train on a full-time basis at Bill Scott BJJ. 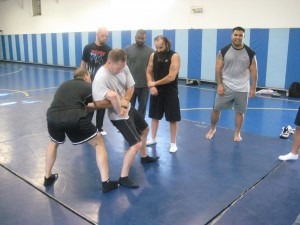