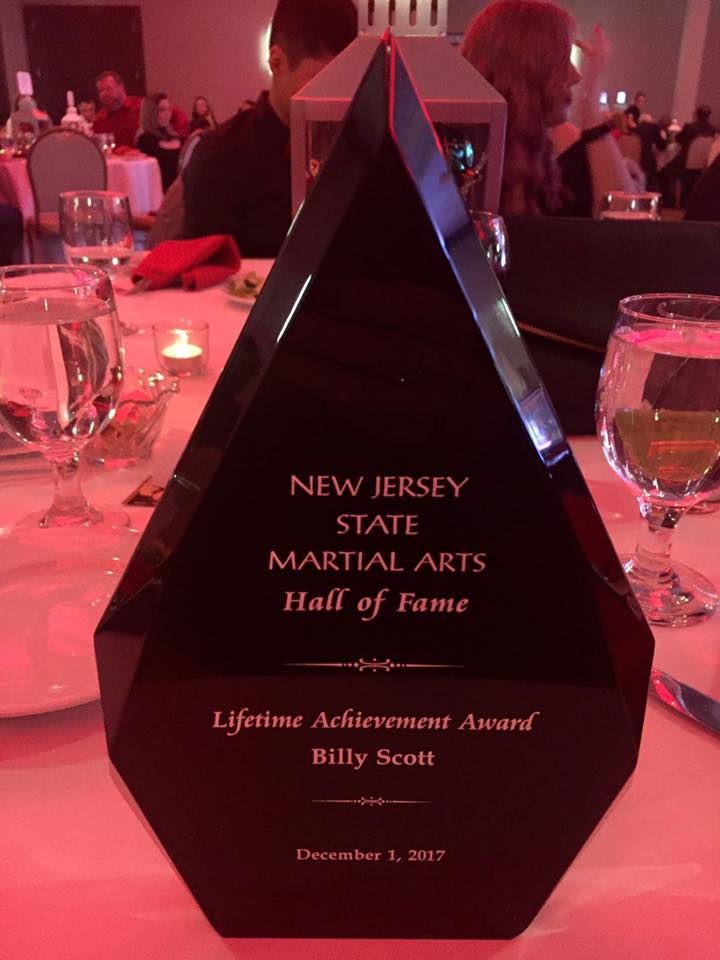 CONGRATULATIONS to Professor Bill Scott on receiving the Lifetime Achievement Award and being Inducted in the New Jersey Martial Arts Hall Of Fame on December 1st, 2017! 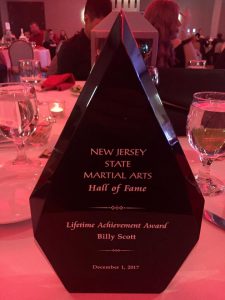 This is his second induction in less than a month this year and we couldn’t be more proud of him and his accomplishments!! BJJ Shore Academy is so very grateful to have him as our Head Instructor.

Special Thanks to his instructors for being part of this event and to Nick Lembo along with the Perez family putting together a great evening for the 6th class of inductees. 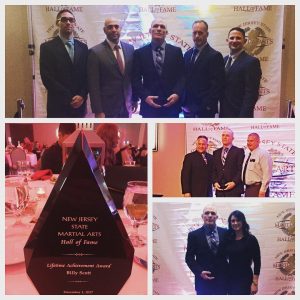 He was no stranger to the grappling world as he comes from a wrestling background. In high school he was a 3x District, 3x Region 6 Champion, and multiple time NJ State place winner, one of the most outstanding and memorable wrestlers from Brick Memorial High School with a career record of 96-9-1 being named “Athlete Of The Year”. He then went on to successfully wrestle at Middlesex County College, having two undefeated dual meet seasons and a record of 77- 4 also earning an ALL- AMERICAN status.

During his thirties his desire to stay in shape and love for grappling lead him to Brazilian Jiu-Jitsu and Mixed Martial Arts. In the early scene of the sport he competed and won many Jiu-Jitsu tournaments and professional MMA fight events throughout the East Coast. Most of Bill’s accomplishments were achieved during and after overcoming a debilitating back injury that required several surgeries of the lumbar area of his spine and has been a positive spokesman for Princeton Brain and Spine Care that sedentary activity is not the answer to rehabilitating certain spine injuries.

Through it all he was fortunate to train for a long time in the company of legendary Brazilian Jiu-Jitsu Black Belts Pablo Popovitch, Renzo Gracie, Ryan Gracie, Ralph Gracie, Roger Gracie, Rodrigo Gracie, Ricardo Almeida, John Danaher and other high level BJJ practitioners.

In the Brazilian Jiu-Jitsu and Law Enforcement Communities he is a highly respected sought out instructor and runs a very successful Jiu-Jitsu Academy in Point Pleasant, New Jersey full-time. Since opening his own school in 2006, Bill along with his team of black belt instructors have been serving the community by helping to teach Jiu-Jitsu for Law Enforcement both within the local Police Departments, S.W.A.T. Teams and the New Jersey State Police.

Professor Bill Scott is committed and dedicated to serving all of his community. He has opened his doors for outside organizations, charity fundraisers, local clubs and also host many Women Self Defense and Kid Seminars. He consistently studies the art as it is always evolving, trains hard daily on the mats with all his students and as the head instructor of his academy he teaches every single kids and adult BJJ classes.

His instruction, character and personality he emotes along with the vibe and atmosphere is one of the main reasons he has such success within the school and has also expanded his team with currently 3 academy affiliates under his Jiu-Jitsu guidance.

Bill will always be grateful to Masters Renzo Gracie and Pablo Popovitch for their instruction, guidance and support in helping to make this all happen.

He truly enjoys what he does each day on the mats and will continue to pass on the traditions, values and teachings of the Martial Arts.